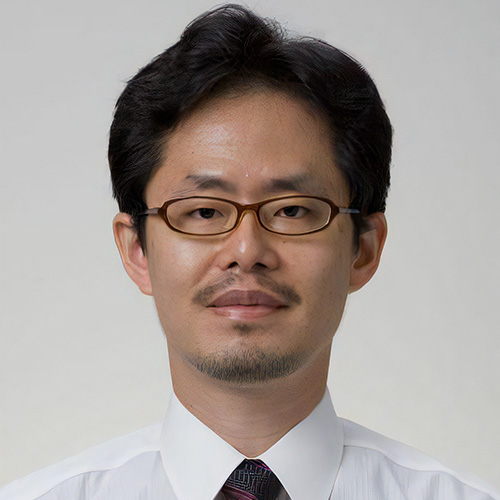 Using the Drosophila visual system as a model, I am interested in clarifying how functional patterns are formed by the interaction of forces generated by individual cells and forces received from tissues.
Tile patterns are made from identical shapes arranged without gaps, and are seen in the compound eyes of insects, the columnar structures of the brain, and the hepatic lobules of the liver, all of which exhibit a hexagonal pattern. This is thought to be due to the fact that hexagons are mechanically stable. In fact, the individual eyes that make up the compound eye of Drosophila also show a mechanically stable hexagonal pattern, but in certain mutants this pattern changes to a tetragonal pattern.
Previous studies have shown that the hexagonal and tetragonal patterns are regulated by a combination of two forces: membrane tension along the dorso-ventral axis and radial growth pressure of the cells comprising the ommatidia (Hayashi et al., Current Biology 2022). The pigment cells that make up the ommatidia grow rapidly during development and push away surrounding cells. Although the growth pressure is thought to play an important role in tile pattern formation, the physical entity that produces this growth pressure has not been understood.
In this study, I hope to elucidate the physical entity of the cell growth pressure, and to elucidate the mechanism by which the homeostasis of cell morphology is maintained through the interaction between membrane tension and growth pressure, as well as the mechanism of force propagation within the tissue.